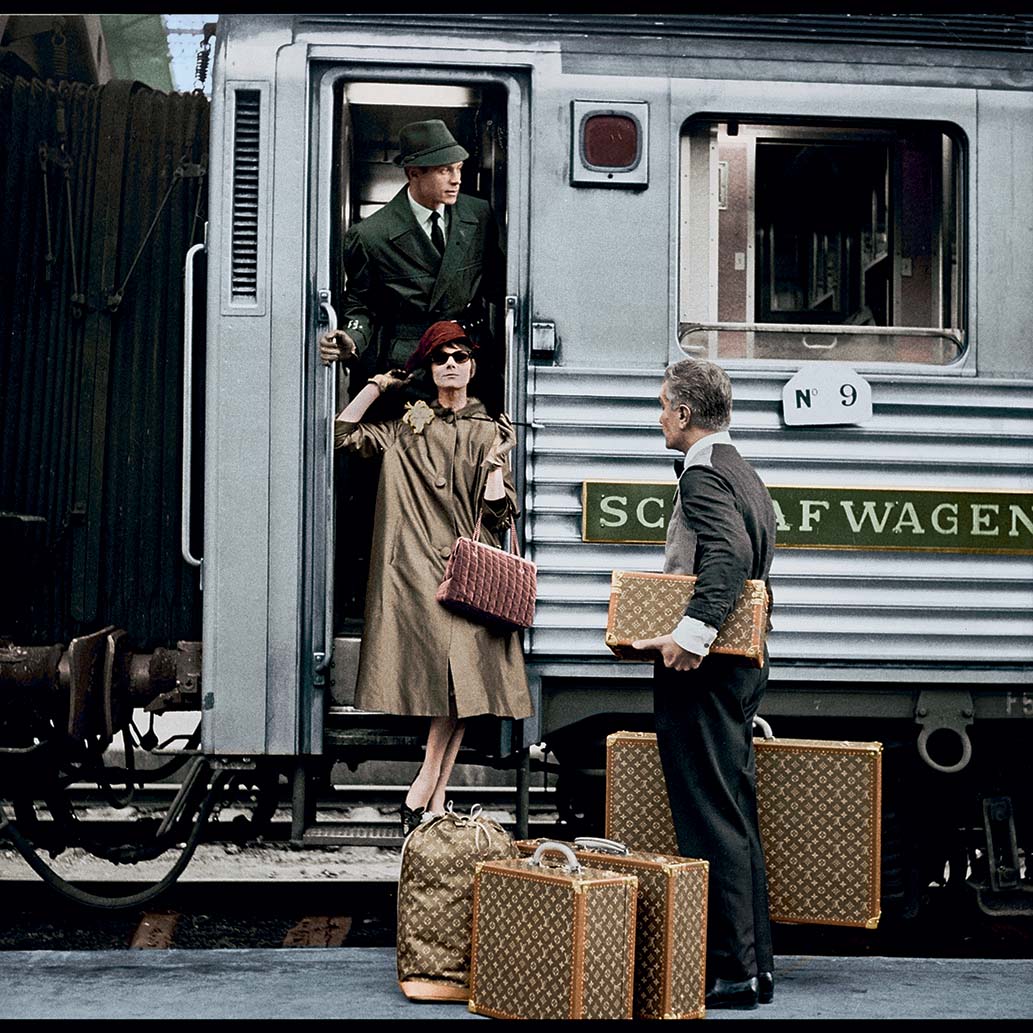 April 20th Louis Vuitton and Atelier EXB will publish a new travel book, Extraordinary Voyages: a world tour in 50 stops featuring as many means of transport. Since the 19th century, travellers have crossed the world in trains, airships, ocean liners, aeroplanes, half-tracks, motorcycles, skis and spacecraft, often accompanied by luggage made by Louis Vuitton, trunkmaker in Paris since 1854. Francisca Mattéoli tells the story of their adventures in this book, which comes richly illustrated with vintage photographs and travel posters.

To travel is to be on the move and the new means of transport that appeared in the late 19th and early 20th centuries offered brand-new perspectives to understand the world. On the world map of legends, the travel experience was revolutionized: luxury ocean liners, submarines inspired by Jules Verne’s Nautilus, ever-faster long-haul aeroplanes, lightweight airships with unrivalled levels of comfort, steamships that descended the most unpredictable rivers, trains that crossed Eurasia and the prairies of the American West, sleds that slipped across the most extreme ice floes. In the atlas of the imagination, from adventure to escapade, exploits to incredible journey, these methods of transport allowed travellers to experience the world in a completely different fashion.

Through 50 epics, this book brings to life these amazing journeys. Louis Vuitton, the book’s partner, has opened up its archives and its images tell the story of certain of them. A creator of luggage for a wide variety of uses since its founding, the trunkmaker has always equipped passengers for the long haul – whether they were explorers, eccentrics, aristocrats, artists, hedonists or adventurers – and has been part of the emergence of modern globe-trotting. This illustrated saga tells the story of the most remarkable of these journeys, from Nadar’s balloon to the Apollo 11 mission.

Her childhood stories were always about extraordinary adventures. Since then, she has transformed the art of travel into an art of life. A woman of the world, she roams, page after page, to the four corners of the world to tell a series of remarkable stories.

Born to a Scottish mother in Chile, Francisca Mattéoli grew up in South America and after having lived in Brazil, she moved to Paris. The author of a number of travel stories, she has written for magazines including Condé Nast Traveller and National Geographic. She has written many books about the world of travel, including Adventure Hotel Stories (2005), American Hotel Stories (2009), and Map Stories: The Art of Discovery (2016). Louis Vuitton, Éditions Xavier Barral and Abrams published World Tour (2013), a travel book illustrated by 1,000 hotel labels from the collection of Gaston-Louis Vuitton.

After nearly three weeks of travel from Chile to France across half the globe, using all the means of transportation available to us, we had gone from our living room to a vision that, until then, had only existed in our minds.

This is the theme of this book. Means of locomotion are, above all, a way for human adventures to occur. It is by no means an encyclopedic work, and requires no particular expertise. It does not offer a host of knowledge, nor is it in any way scientific, geographic, ethnological, meteorological, or what have you. It is merely the pretext for departing, for escaping to a world of dreams that were actually realized before becoming part of history and the collective imagination, transforming eras, lives, and sometimes even destinies.

Founded in Paris in 1854, the Maison Louis Vuitton has been synonymous with the art of travel, and its emblematic trunks, luggage and bags have travelled through time. Books have always held a special place in the history of the House. Gaston-Louis Vuitton (1883-1970), grandson of the House’s founder, was himself a connoisseur of art books and literature. An knowledgeable book lover, he created three bibliophile societies and collaborated with publishers, illustrators and writers during his lifetime.

By founding its own publishing arm, Louis Vuitton became a pioneer in the luxury industry. Its books are all centred on travel: City Guides, with their free-spirited and left-field tone; Travel Books, which revisit the artist’s sketchbook; and Fashion Eye, a collection of photography albums that showcase a city, region or country through the eyes of a fashion photographer. Louis Vuitton has also published a series of beautiful books about the House itself. In collaboration with renowned studios, Louis Vuitton Publishing offers numbered artist editions published as limited series. 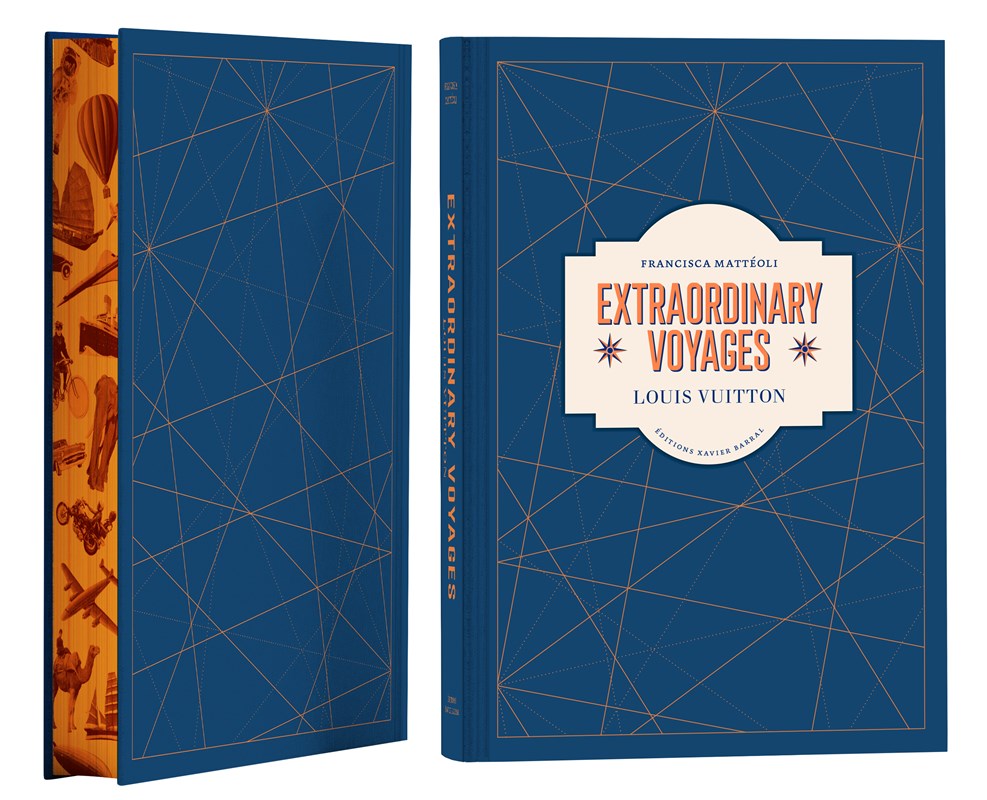 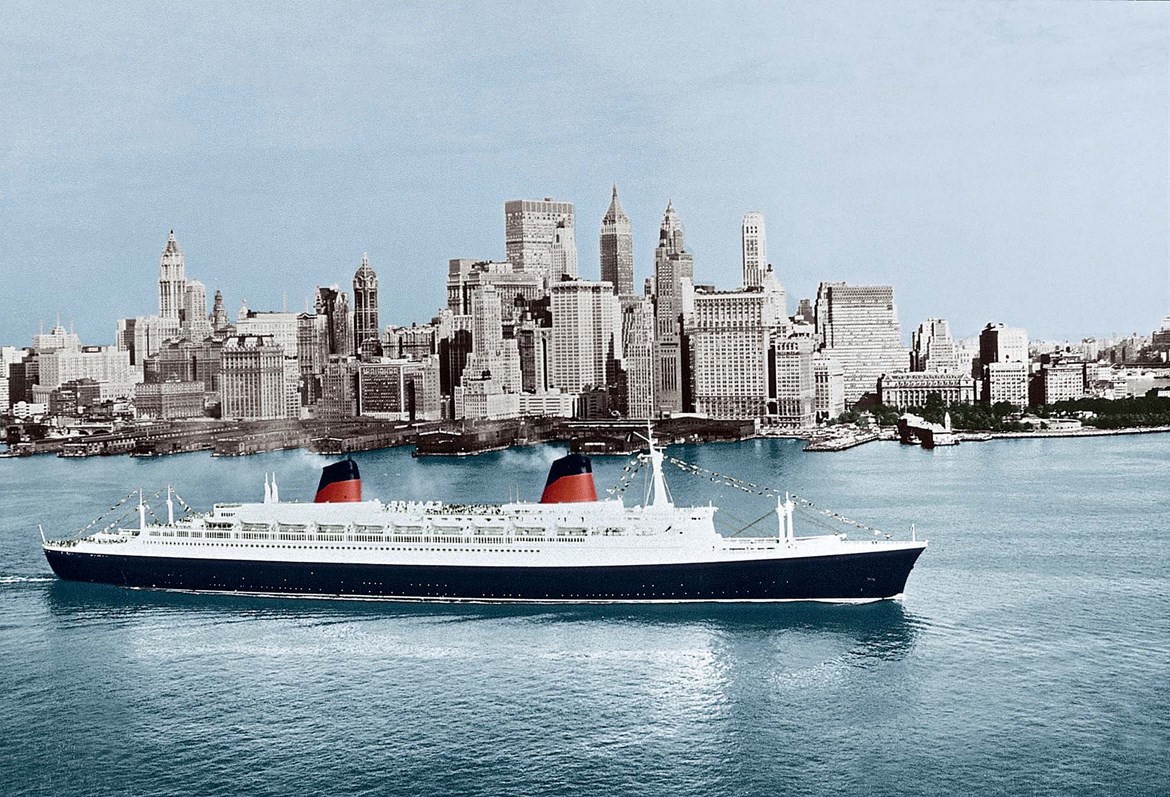 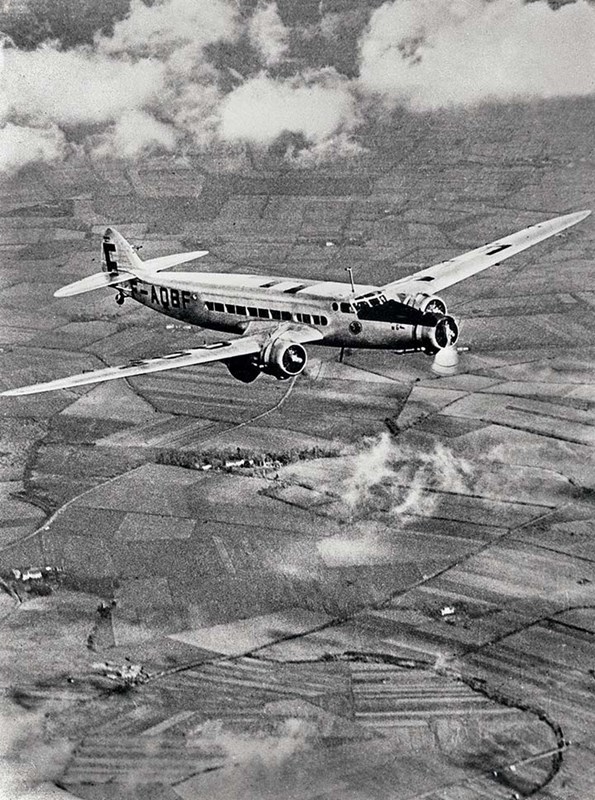 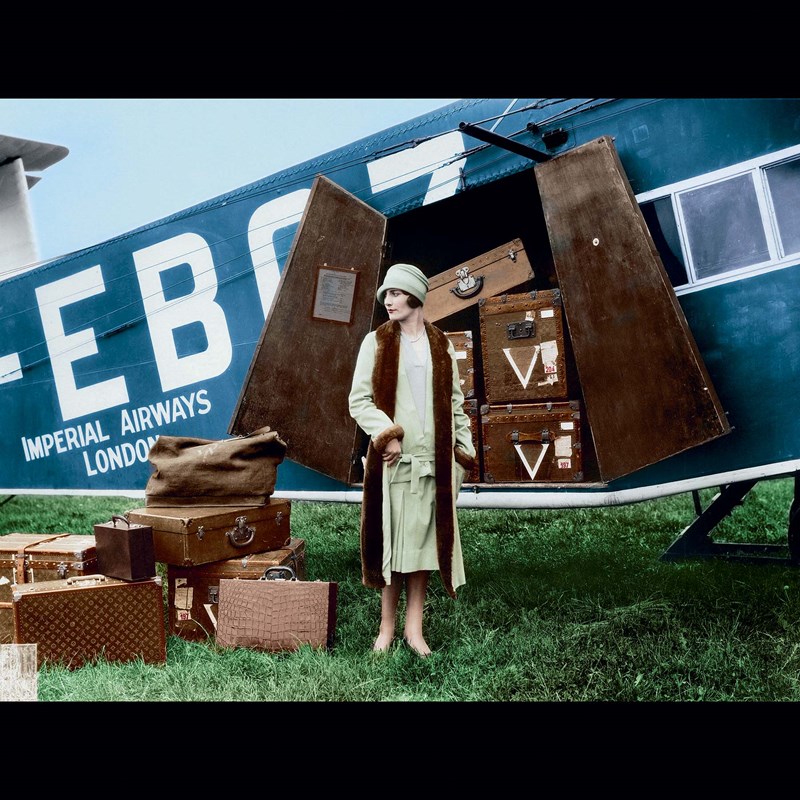 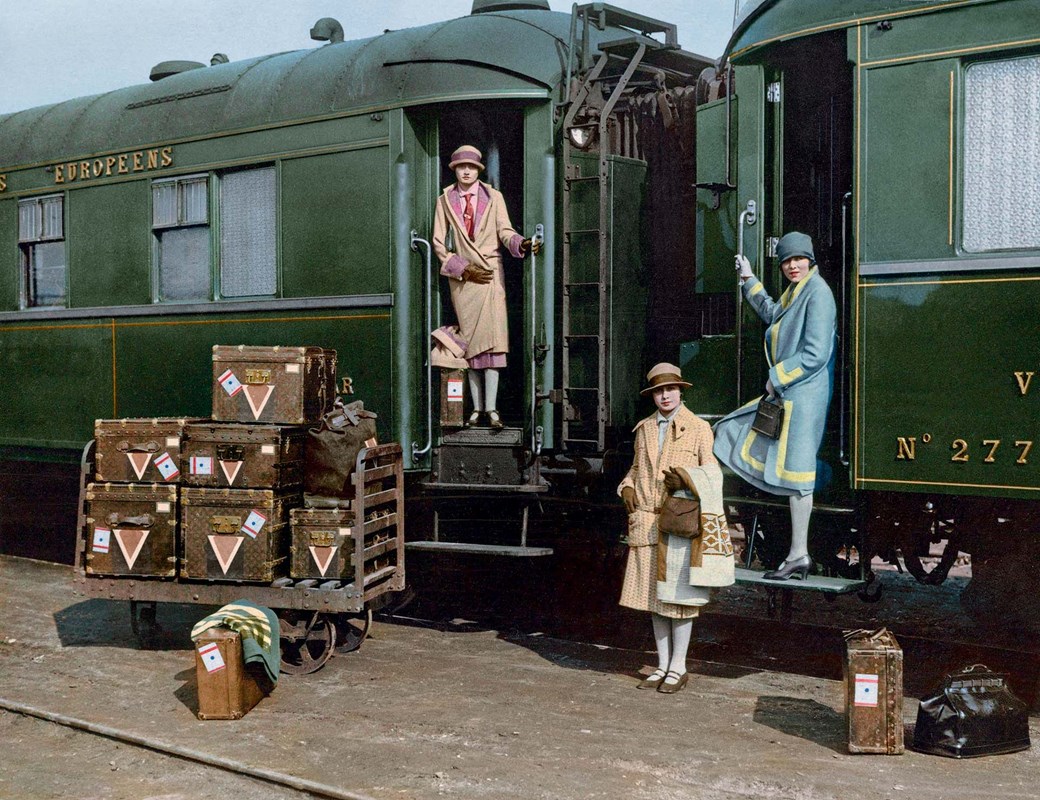 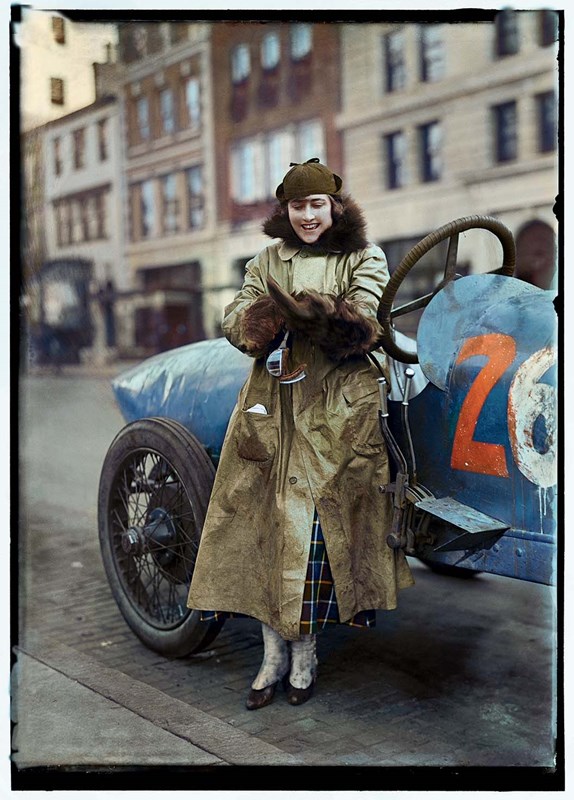 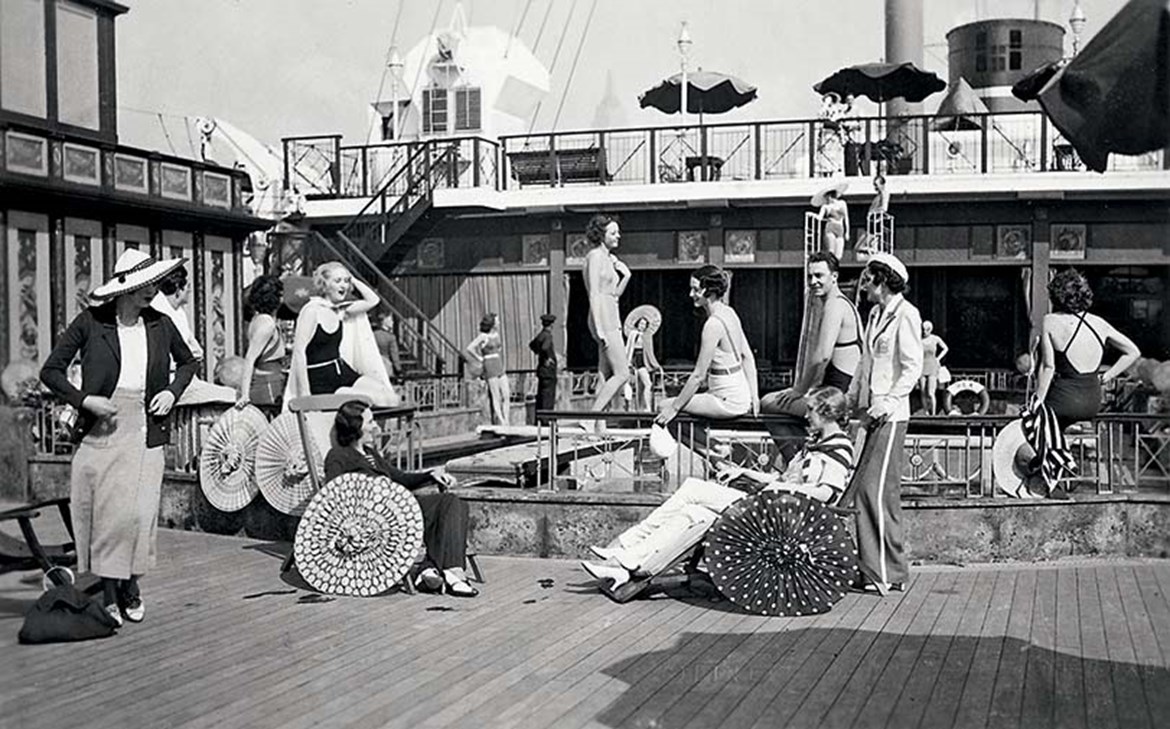 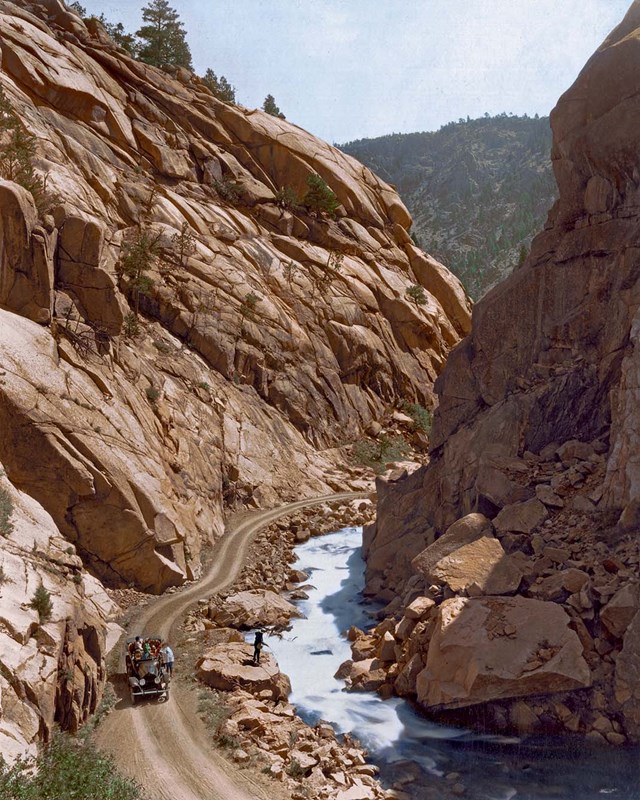