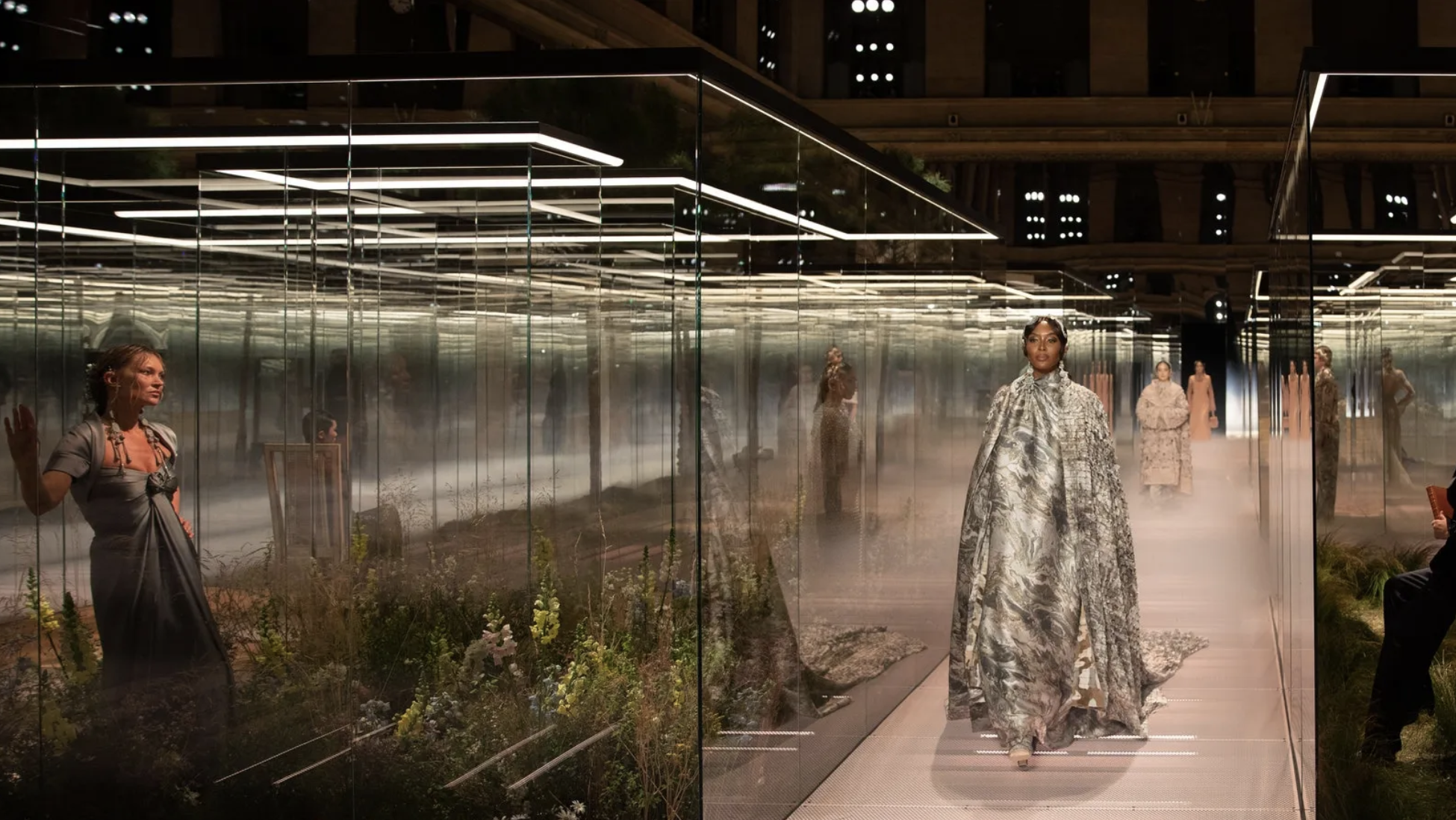 The couture shows are well underway with most of them showing stunning videos. Kim Jones had a stunning debut at Fendi, Maria Grazia Chiuri took us into a mystical world of Bridgerton-like dresses and Chanel took a bohemian turn. Take a look at our favorites here.

In dealing with the tarot in her haute couture collection, Maria Grazia Chiuri made the choice to follow one of the arcane, mystical paths that surface in cataclysmic times when humanity strives to negotiate with the hand of fate. “What was nice for me about the tarot is that when you are in a difficult moment, something that is magical can help us, to help us think better,” she said on a to Vogue Runway. The emotional impact of pandemic isolation is one reason that she went that way. “It’s a long time we’ve all been staying alone. You think much more about many aspects of yourself and your life,” she observed. “That’s my belief: This year changed us a lot.”

This season, Chanel’s creative director Virginie Viard was hearing wedding bells on the rue Cambon—not her own, she’s been happily partnered to composer Jean-Marc Fyot, the man she describes as “my fiance,” for a quarter of a century—but instead the bells ringing for a marriage party composed of her haute couture cabine, some 32 models in all. The collection was bohemian and signals a further move to make Chanel for the modern woman.

There were great expectations for Kim Jones’s Fendi debut today. Three years into his menswear tenure at Dior, the designer who once staged a Supreme collaboration for Louis Vuitton and worked for years for Umbro has unquestionably become more couture than streetwear. The literary and artistic sources that shaped his Fendi collection couldn’t be further from the street, although Virginia Woolf did always try to get back to the city. It was conceived in the spirit of Charleston Farmhouse, the 16th-century Sussex retreat of the Bloomsbury set located not far from the village of Rodmell, where Jones, now 41, was partly raised and owns a house. “It’s very personal to me,” he said to Vogue on a video call from Paris.

Nearly a year in, only now are we beginning to see the true measure of fashion’s creative responses to the pandemic. At Valentino, locked down in Rome with his atelier, Pierpaolo Piccioli has had a proper span of time to apply his brain-power, and the hands of his workforce, to what you might call a new vision of casual couture. “My idea is to witness the moment,” he said, just before the filmed runway show aired today. He called the collection Temporal—in the sense both of what it means to be living here, now, and of the quality of designing clothes, made by hand, which will long outlive trends.

“It’s more about pieces that will give an effortlessness,” Piccioli said. “The narrative of the collection is the collection itself. No stories. Nothing figurative. I wanted to work on surfaces, not in a decorative sense, but workmanship which becomes the surface itself.” Showing menswear for the first time, Valentino makes a move towards genderless couture. Something we love.