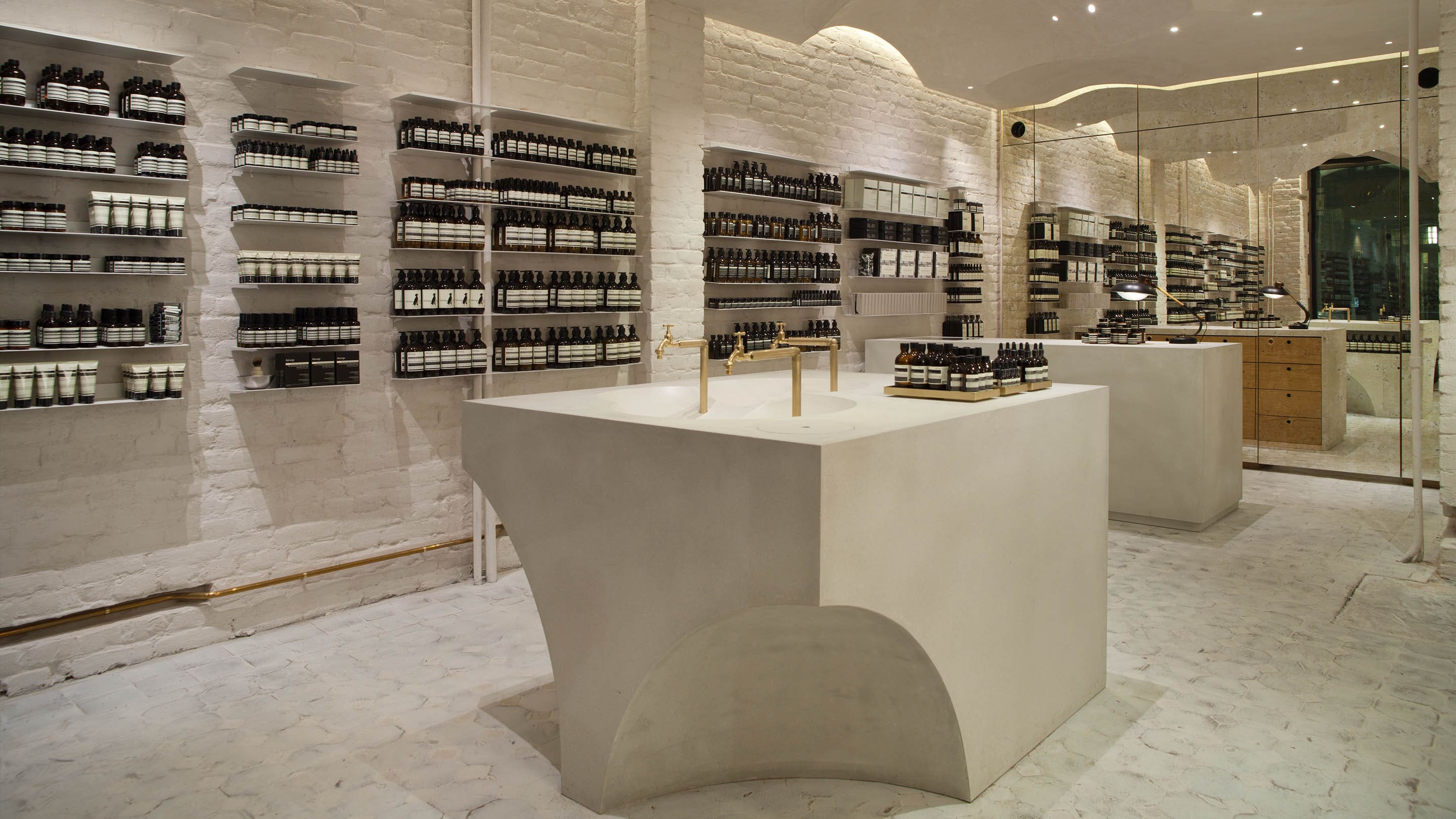 Take a look inside the store: Aesop

Take a look inside the Aesop store on Prinsens gate.

Aesop's Prinsens Gate space in Promenaden Fashion District —the brand's first in Norway—was designed in partnership with local architecture firm Snøhetta. Inspired by the sensory experience of the Aesop consultation process, realisation of the space began with archaeology through discovery of materials and surfaces previously hidden, some dating back to the 1800s. Once these were revealed, a new materiality was added.

The interior was reshaped most dramatically on the ceiling plane. Here, a traditional form reminiscent of Orthodox churches and monasteries is contemporised in ten imposing intersecting domes. This dynamic surface not only creates a sense of depth, but also allows for playful experimentation with lighting and acoustics.

An outsized concrete sink directs movement through the room from its central position. Original floor tiles are treated with a warm, pale finish to effect a cloudy surface that complements restored and whitewashed walls, where product is displayed on simple protruding shelves and in discreet horizontal niches. Brass taps and fixtures offer a pleasing contrast to the predominantly monochromatic palette.

Discover the store at Prinsens gate 21. 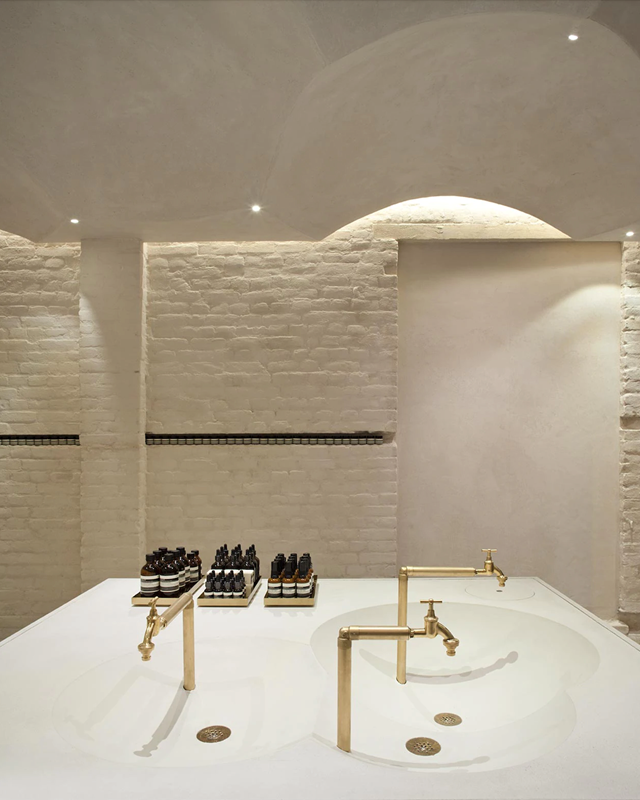 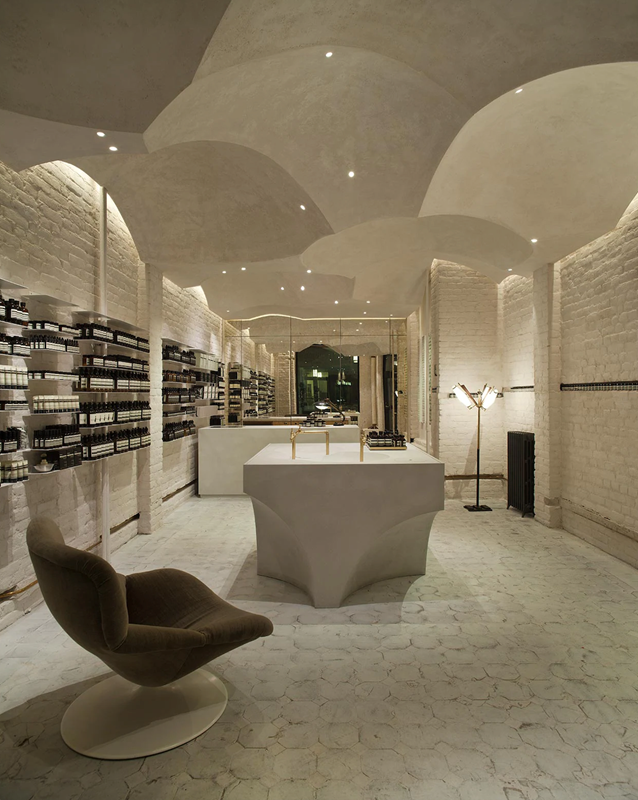